Global literacy rates have been increasing over the course of the last two centuries, mainly though increasing rates of enrollment in primary education. Secondary and tertiary education have also seen drastic growth, with global average years of schooling being much higher now than a hundred years ago. (Max Roser and Esteban Ortiz-Ospina, 2020). Despite all these worldwide improvements, there are still segments of the world population, both in industrialized and in developing countries, that are still not being served. Specifically, adult learners, those who may not have fit the norms of a traditional education and or those who may have been sidetracked by life’s circumstances.

The Barbour International Education Academy (BIEA) was created to in order to meet the needs of the adult learners, worldwide, that may have been not completed their secondary education for whatever reason, on an online platform. Although online learning and e-learning are not new concepts and our program is not the only program that is online, Barbour International combines our love for the environment by teaching and supporting sustainable projects, American Football and athletics by providing players, coaches, and federations with trainings and selfenrichment by offering a variety of elective courses.

Take a look at our courses

Our mission is to provide secondary education for adults in order to improve global literacy as well as to offer specialized trainings and workshops for self-enrichment through a holistic approach to sharing knowledge and positive student engagement, on an online platform.

Our vision is to bring the world together through education by challenging personal mindsets and sociocentric norms.

Currently our Board President is serving as the Executive Director of the Academy. As our program expands, we will expand our team as well as various positions. Continue to check our job postings for updates. 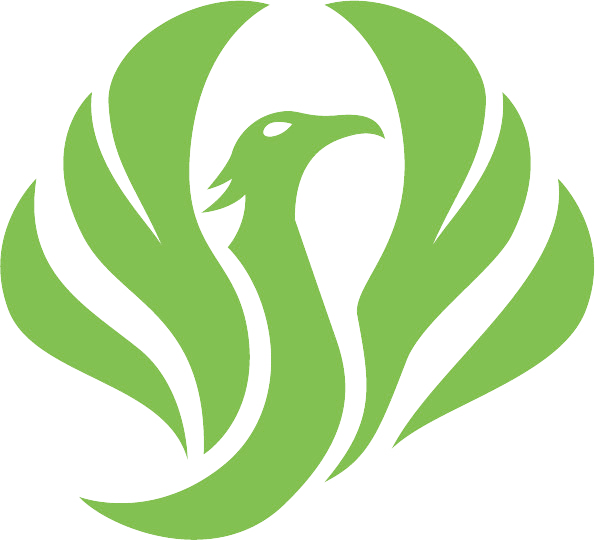 “As I became older, both American Football and Education became and remained dominate forces in my life as one could not exist without the other.”

Being born in Tennessee and growing up in Northern California, Desi always had a passion and drive to play American Football as he began to play the sport at the age of 8. However, it was not until he went to high school that he learned the connection between education and athletics.

Desi was fortunate to have some great mentors and coaches at Leland High School in San Jose, California as well as Whitehaven High School in Memphis Tennessee, who set the foundation and emphasized the importance of education off the field. Through all of the practices, training sessions, regular season, playoff and championship games, Desi learned valuable life lessons like discipline, dedication, teamwork, team spirit, dealing with adversity and disappointment, dealing with success, staying resilient, taking responsibility, overcoming fear, being confident, and leadership by example.

After high school, those life lesson proved valuable as Desi’s first few years of college was bleak. Playing football at San Jose City College for two seasons was a challenging experience as the team did not have much success. However, because of Desi’s dedication to the classroom during that time, he was able to make the Dean’s list academically and after a brief stint at San Jose State University, Desi received an opportunity to play football for the University of California, Davis.

“I was going to San Jose State, at the time and was not happy at the school or program. One day during the week, I skipped class and drove to Davis, California, which was about two hours from San Jose. I literally walked into Coach Bob Biggs office with my highlight film and asked him to, essentially give me a chance. He took a look and gave me a chance to be an Aggie.”

Playing football for UC Davis was the best experience as the team played for two NCAA Division II National Championships, losing in the semifinals in consecutive years. From there, Desi played two years of semi-professional football for the Redwood City 49ers and won two Amateur Bowl Championships. While completing an undefeated second year with the club, Desi was named MVP of the Amateur Bowl. That season landed Desi an invite workout with the San Francisco 49ers and an Arena Football contract with the Peoria (Illinois) Pirates. Desi was released by the Pirates and began to pursue education. As he began his teaching education, he worked as a substitute teacher and football coach for Rocklin High School in Rocklin, California. Desi also began to teach Emotionally Disturbed high school students in the Sacramento and Vacaville areas.

In 2015, Desi had the opportunity to return to Northern California and work for a non-profit organization that worked with disenfranchised adults, primarily those who were incarcerated or were on parole or probation. Desi spent three years working in Solano County, overseeing the education of jail inmates in three different detention facilities. The experience working in Solano County was rewarding and enriching and lead to a Certificate of Appreciation of Service from the Solano County Sheriff’s Office. Desi returned to Denmark in 2018 and where he currently resides with his wife and son. All in all, Desi has 4 children and 5 grandchildren. He is a native English speaker and proficient in Danish.

Desi earned his doctorate degree in Leadership in Educational Administration from Capella University, he has his Master of Arts Degree in Education with an emphasis on Curriculum and Instruction from the University of Phoenix, and a Bachelor of Arts in Economics from the University of California, Davis. Desi also holds a Multiple Subject Teaching Credential in the State of California. He is also a member of a member of Iota Phi Theta Fraternity, Incorporated- Gamma Pi Chapter Founder and an alumnus of Delta Sigma Pi Business Fraternity, Nu Rho Chapter.

Antwan Padilla was born in Oakland, CA, but was predominantly raised in Stockton, CA and Sacramento, CA. Antwan was introduced to the love of sports by the young age of 6 by his older brother, who coached him in team sports for several years.

Antwan was educated and mentored about the game of basketball as well as the life lessons that can be learned from the game of basketball by some of his coaches. While attending Lodi Academy, Antwan was able to overcome several setbacks, personal adversity, and political athletic bias in route to being named the Athletic Ambassador of Lodi Academy while playing 4 sports as a student-athlete. After graduating from Lodi Academy, Antwan was able to take his talents to Xavier University of Louisiana in New Orleans, La.

While enrolled in college Antwan was able to coach the Xavier University of Louisiana’s Recreation Traveling Team, multiple collegiate recreational championship teams, coach at collegiate basketball camps alongside NCAA Division One coaches and future NBA players, as well as work at NCAA Women’s Final Four and Super Bowl events. While in college Antwan was able to mentor and establish relationships with great Athletic Administrators, coaches, and directors who educated him how to conduct yourself as a professional at all times on every aspect in the sports realm.

He received his Bachelor of Art’s Degree from Xavier University of Louisiana in 2006. Unfortunately during his collegiate years, Antwan was a “Hurricane Katrina Evacuee,” in which he attended Xavier University of Louisiana, Loyola University, Tulane University, and the University of the Pacific all in one year to complete his degree requirements. This historical event helped Antwan build character and always be prepared for life-changing events. Not only was Antwan fortunate enough to receive his Bachelor of Arts Degree in 2006 but his mother was blessed with receiving a kidney transplant a few months later after a stressful 9-year wait.

In 2006 Antwan was an Assistant Basketball Coach for the Big Valley Shock Wave of the American Basketball Association (ABA).  In 2007, he created Basketball Success Association in Stockton, CA alongside his brother; where they host camps, clinics, and training sessions for student athletes. Also, he coached the Junior Varsity Basketball Team at Hiram Johnson High School and the basketball team at The Williams Academy in Sacramento, CA. Antwan has coached at every basketball level from the elementary level to the collegiate level.  Currently Antwan is a Basketball Assistant Coach at Pacific Union College, a Coach-up basketball trainer, and the Lead Administrator for Young Men’s Ministry Rites of Passage Program in Sacramento, CA.